Mississauga, Ont. – The Inline team is excited to support the Barrie Country Club as they host the 2014 Canadian Men’s Mid-Amateur Championship. On Tuesday, September 16th, 156 competitors will tee off, competing for one of the most sought after titles in Canada as well as a guaranteed spot in the 2015 RBC Canadian Open hosted at Glen Abbey Golf Club in Oakville, Ontario.

Joe Jackson, Director of Sales Development, says he is “ecstatic to be supporting our friends at the Barrie Country Club for such a huge event. Not only do we get to enjoy the game but give the opportunity to some exceptional young talent to play a game they love.”

Competitors like Kevin Carrigan (Victoria, British Columbia) is driving to defend his two-time reigning title from 2012 and 2013, while Rob Courture (Dallas, Texas) is back to grab a spot at the top after his 2011 win and Dave Bunker (Woodbridge, Ontario) keeps his eye on the prize after dominating the course from 2008-2010.

Despite all of the excitement on the green, there’s a lot to notice about the field itself. Barrie Country Club has extended its course to over 7,000 yards of immaculate green – 6,700 of which will be fair game for the competitors to show us what they’ve got. The highly technical course will prove to be a challenge for the competitors, all looking for that hole in one. For more information, please visit www.golfcanada.ca. 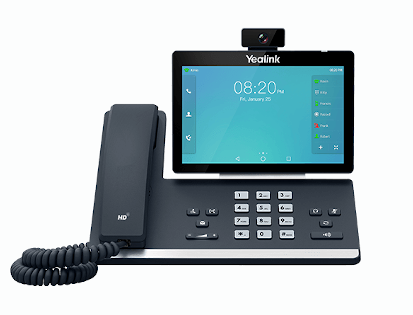 Click the button below for a no-obligation review and quote.

Take your office anywhere, with Cloud Communication and Collaboration Solutions.

Let us show you how our TelCloud UCaaS platform can transform your workplace.

END_OF_DOCUMENT_TOKEN_TO_BE_REPLACED

Inline VoIP/SIP – What You Need to Know

One part e-mail, two parts conference calls, equal parts voice mail and a dash of follow-up – we love giving you the low-down on unified communication solutions that are going to not only skyrocket your productivity but bring all the information you could possibly...

END_OF_DOCUMENT_TOKEN_TO_BE_REPLACED

SwitchVox Solution – Get ready, GTA – Inline has something big over here! [VIDEO]

You're sitting in the office, checking off that to-do list, just another day. What could make those check marks come faster, easier? What about the way you communicate, retrieve and store information could make you more successful and efficient. Telecommunications is...